2021 dues renewal billing was added to your account on December 8, 2020. There will be no increase in your annual local board dues for 2021. In addition, your monthly MLS dues will also remain the same in 2021.

2020 dues renewal billing was sent December 9, 2019. There will be no increase in your annual local board dues for 2020. In addition, your monthly MLS dues will also remain the same in 2020.

You should have received an Official Notice of the Slate for 2020 Leadership of the Southwest Missouri Board of REALTORS®, including information about the Annual General Membership Meeting.

Here’s a little more detail about the meeting.

We hope for a big turnout for this meeting.  While you are at it, please mark your calendar for Saturday evening, November 23.  We’ll gather for our Holiday Party/Installation of Officers and Directors/RPAC Auction at the Monett Historical Museum.  It was a great venue for last year’s event, and the meeting’s scheduled just before the start of the start of many holiday functions.

We hope to see all of you on October 29 at Big Baldy’s, and then again on November 23 at the Monett Historical Museum.  Stay tuned for more details on the Holiday Party!!

It’s time to start planning for 2020, and a significant part of that is choosing volunteer leadership.

Our Association needs strong, committed volunteers to help define the mission and vision of the SWMOBOR, and to assist staff in guiding us through to achieve our goals.

Directors conduct the affairs of the Association, establish all policies, and approve the annual budget. Board of Directors meetings are held each month. To be considered for one of the director positions, please CLICK TO DOWNLOAD and complete the application and email to miles@swmobor.org. Deadline to apply is August 5, 2019.

2019 dues renewal billing was sent December 12, 2018. There will be no increase in your annual local board dues for 2019. In addition, your monthly MLS dues will also remain the same in 2019.

Southwest Missouri Board of REALTORS® 2019 Christmas Party, RPAC Auction and Installation of 2019 Officers and Directors

Southwest Missouri Board of REALTORS® 2019 Christmas Party, RPAC Auction and Installation of 2019 Officers and Directors

Join us Saturday evening, December 1st, at the Monett Historical Museum – 422 E. Broadway, to kick off the Christmas season with your fellow members.  We’ll also hold our annual RPAC Auction and Installation of our 2019 Officers and Directors that evening.
We’ll have a great dinner buffet, catered by Patty Osterloh.  The cost of the buffet is $15.00 per person.  You can register for the event by CLICKING HERE.  Since we need to provide an accurate headcount, please register no later than Tuesday, November 27. 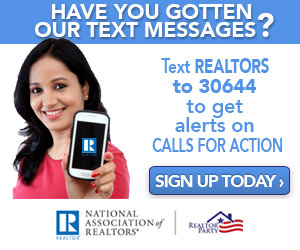